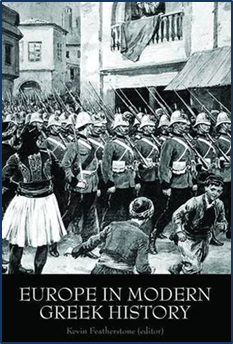 ‘Europe’, ‘Europeanness’ and ‘European’ have been important themes in the history of modern Greece, from the establishment of the new state in 1832 to the sovereign debt crisis of 2010. ‘Europe’ has served as a key reference point in questions of identity, progress, capability, legitimation and strategic interest. Indeed, few nations have experienced ‘Europe’ with such intensity, reacted with so much angst, and witnessed effects of such consequence. Now, in the context of two financial bailouts and the imposition of tough austerity measures, it is the ‘euro-zone’ that is shaking the Greek economy, state and society to its roots. This turmoil needs to be understood in the context of a sequence of questions and doubts that encompass arts and politics, social integration and economic development. This volume addresses the complexity of Greece’s relationship with ‘Europe’ – examining its manifestations in culture, politics, society, foreign policy and the economy. It deepens our knowledge not only of how modern Greece has reached this point, but also of what Europe is, what it represents, how it may impact domestically, and why it may be viewed differently.